The sparkling time of the first star

(The world of art of the printmaker Park, sun-ju)

Sparkling world is the invisible world. The sparkling world is that we can not see. The world of art hiding in the frozen solid crystal ball is trapped in the dark land of the unknown for us. So it makes us thrilled to be so attractive to smother. The young writer sometimes tries to touch the truth of the complete world crying like a beast and praying God with kneeling and then throw the body into the crystal ball. Sometimes broken, sometimes getting hurt. The keys for opening the crystal ball staying the soul of art are different for each.

¶Rtitle of new work released in 2009 is “Jungle”. The work which was graven the woman's hair a strip of hairs for each and each with engraving techniques makes me feel the soul as a craftman. It takes almost four months for her to complete the work and that her work have the hand detail and concentration which lost in the digital world. sun-ju graduated in the painting of the department of Fine Art from Chosun University and graduated in Pure Arts department school from Chosun University.

After the first exhibition, she took the plane for Paris listening the music of “Twenty one” songed by Cranberries for seeking the new way of work. What did she dream for when she was 21 years old? She might be know that life was not so sweet smelling like Lavendar, but cold and rigorous. Maybe she imagined that there are mellow moments like the taste of the sparkling wine but sometimes harsh life like Absinthe.

Got the masters degree in  ‘Paris American Academy’ and held the exhibition in ‘Academy Art Gallery-Pavillion Val De Grace’ . She came back to Korea after 3 years intensive study.then she got married and spent her 30's. And it happened all kind of things to her that can happen to all married woman artists. She carved on the copperplate diamond knife walking in the desert without wind.

Her work was reflected with the both unstable self image and the effort trying to perserve her family. the geometrical space which looks so duplicated and unstable, there is a naked goddess who reflected the painter's self-image like her self-portrait, stared straight ahead. are Koala , owl  and dargon fly  and various mystereious plants around her self-image.

The place is that she settled with her family in her life but too unstable. She called the place as “Jungle” standing with her family and her self-portrait. mixed with dreams, desires, reality and ideal. She lived her 30's like walking camel in the desert. Sometimes she carved the woman's hair on the copperplate with waiting the postcard every night telling her future life coming from somewhere else “picture of my life” songed by Jamiroquai.

“If you have a cure, please send to me along with my photos wrriten about the way to live.” music of Jamiroquai is so light. Her life is in the crystal ball from the begining.  To find the key for the crystal ball, her 30's is so deep and long.

“Did I cry sitting on the creamy sofa drinking the whisky at that night?”  do not know when the door of the crystal ball will be opened but her new work, “Jungle Series” was improved a higher step of world and is heading to the wide world. One day, her shoulders will have the wings and can fly feeling the real juissance world. Her wings are Purple, violet colored. 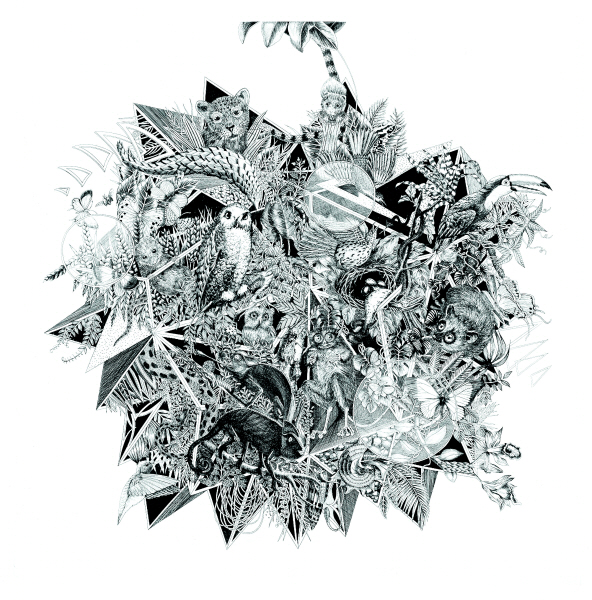 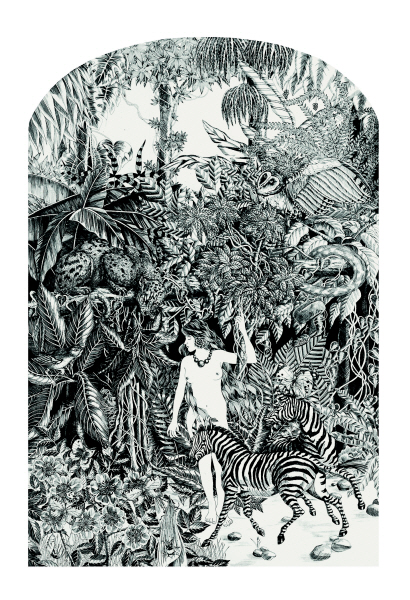